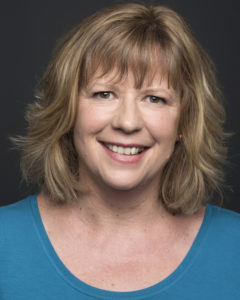 Lauren Vaitkus – leading the way for women in the cruise industry

Roger : [00:00:00] my name is Roger Rocka, and we’re talking today with Sue Stockdale. Sue is a polar adventurer, an athlete, a motivational speaker, and a business woman. She was the first British woman to ski to the magnetic North pole back in 1996 and we’ll hear more about that. But first, hi, Sue.

Roger : [00:00:32] Nice to speak with you. We’re going to be talking today about your latest enterprise, which is something called access to inspiration, but before we get to that, I want to find out a little more about how you got to where you are. How did you get started with your adventurism? How did you begin to step outside the boundaries of what most of us do and start to do extraordinary things. Like of course, being to the magnetic [00:01:00] North pole, which is not something most of us have even thought about.

Sue : [00:01:03] Well, Roger, it’s all done to seeing adverts in the newspaper. I’ve always had a love of adventure and trying new things. And way back in 1996 I saw an advert that said, wanted 10 novice Arctic explorers to ski the 350 miles to the magnetic North pole. Well, my immediate thought was, wow, that sounds somewhere cold. I wasn’t even quite sure where it was, but when I sent off for the application form, it came back as a brochure and it was all pictures of men and it said, are you man enough for the ultimate challenge?

Well, you can imagine that was like a red rag to a bill and it really motivated me to apply and be part of the team. And luckily I got through all the selection process and became one of the team members. So that’s how it all started,

Roger : [00:01:50] I guess we should say you weren’t a couch potato before that you had already been an athlete. What are some of the things you had done prior to that.

Sue : [00:01:57] Yes, I enjoy running and I [00:02:00] competed competitively in track and field athletics, running cross country and 3000 meters and I was very proud to represent my country Scotland. What it really taught me though was about hard work and perseverance and never giving up, and I think those are qualities that can really be useful today in business as well.

Roger : [00:02:15] And that took you to different places in the world where you worked, for example, with the UN for awhile, took part in some other things like that.

Sue : [00:02:23] Well, in all those experiences, Roger, I’ve really seen the power of being inspired by people around me. I was working in a war zone with the United nations, and you know, when we’re there to really try and make a difference in country where there was a, obviously a war going on and it was seeing the resilience and the perseverance of  not only the fellow employees around me that were trying to do the best job possible, but those that were in country who were really trying to bring their lives together. So I’m just always fascinated about how ordinary people can really be a real inspiration to others. And I think we don’t necessarily get enough of that in our lives.

Roger : [00:02:58] So you were inspired by the [00:03:00] things you observed. How did that then switch into you realizing that you could take part in inspiring others

Sue : [00:03:06] after that North pole expedition I didn’t want that amazing experience that I’ve had to just be photographs in an album. So I thought, imagine if I could perhaps share some of my story of what I had encountered and how I’d managed to be successful in something that I never imagined was possible. Maybe that could help inspire other people to get to their own North pole and whatever that means for them. So I started off in a business as a motivational speaker initially, and I realized that, you know, everybody really, gets a lot of benefit from being inspired but of course, you don’t have to be on a stage to do that. There are people around us all the time that inspire us. Sometimes it’s about like meaningful conversations I’ve found that I have with them. And a lot of the work I do today is as an executive coach. And you know, when you end up having a conversation with somebody where they just tell you a story about something they’ve tried and, or the hardship they’ve endured [00:04:00] and how they’ve overcome it, you know, it’s so inspiring to be able to hear their stories and they’re ordinary people doing ordinary things. Yeah. And I think that we can all benefit from speaking to and learning from people around us.

Roger : [00:04:12] Well, you’ve been doing this now for a number of years successfully, and the latest thing that you are involved in, which we want to talk about now is this thing called access to inspiration. Give us an overview of what that is.

Sue : [00:04:25] Yes. It’s really building a community where people do get access to inspiration in many different ways. So we’re launching a podcast series, which will provide inspiration. I’m talking to people from a number of diverse backgrounds including a professor of brain science, somebody who’s a naturalist and a gloss blower. And another person who supports people in the dairy industry to manage their stress and to be more effective. And these people are from all different backgrounds and from all over the world. So I’m going to find out about what inspires them to do what they do and to hear some of the stories and the [00:05:00] challenges that they’ve encountered and how they overcome them.

Access to Inspiration podcasts enable you to gain inspiration from people who may be ‘unalike’ you. Whilst they may be from different countries, cultures, backgrounds, jobs, and have other hobbies and interests to you, they share many things in common with all of us – energy, enthusiasm and passion. They have found ways to achieve more than they imagined was possible.