As part of an initiative to promote local podcasters, we are delighted that over the next few weeks BBC Radio Wiltshire are featuring six episodes from the Access to Inspiration podcast on their evening Wiltshire Live show with James Thomas.

The episodes will air around 9.15pm on Wednesday evenings starting on 23rd November. 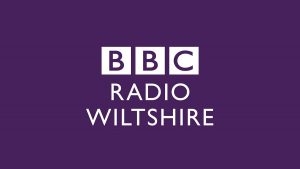 The first episode to be featured is local dairy farmer Jonathan Cook who explains why he loves his life as a farmer. Jon’s herd of 50 cows produce the raw milk which he sells on his dairy farm in Purton, Wiltshire. He is from a fourth- generation farming family and along with his partner, Sarah, look after the herd on their 100-acre farm. Jon describes how they have adopted a regenerative approach to farming.  Listen now to the clip on BBC Radio Wiltshire 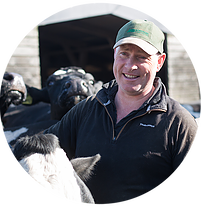 Anne Pleun van Eijsden talks about her mission to create a healthy paper industry, and why she created her own rules about how to run a business, rather than following the traditional approach to being an entrepreneur. Anne Pleun runs a scaleup that makes sustainable stationery like notebooks made from upcycled stone waste. With a diverse background in History, International Law and Marketing, Anne Pleun knew from a young age that she wanted to become an entrepreneur and build a company that would change an industry for the better.

44. Josh Wasserman – The role of observation in design

Josh Wasserman a design thinker and insights expert, talks about the role that observation plays in the design process, how design can more inclusive and what inspires him to be creative. Josh recently designed a new pregnancy test prototype for RNIB, which received worldwide media attention, and is thought to be the world’s first pregnancy test which is accessible to those with sight loss.

Vicki Tough originally from Scotland is an arborist, tree climbing Instructor and works at height. She talks about the highs and lows of her job which included working on some of the constructions for London 2012 Olympics where the clothing she uses has not always been designed with women in mind.

24. Navi Radjou – Consciously reinventing how we live and work

Leadership thinker Navi Radjou, whose TED talk on Frugal Innovation had over 2 million views reflects on his life and experiences in India, France, and Silicon Valley and how they influenced his decision to completely reinvent his life after suffering a major health crisis. He sold off all his furniture and belongings and with one suitcase moved to New York and decided to live a more frugal lifestyle and integrate the western and eastern philosophies to bring together ones outer and inner world.

Corporate lawyer and ultra-runner, Virginie Goethals moved to Hong Kong to support her husband’s career. When Virginie had a serendipitous opportunity to support refugees in Hong Kong by taking them out on a hike, it was so successful that her running and hiking sessions turned into her founding a non-profit called RUN whose mission is to rebuild the lives of vulnerable refugees in Hong Kong, mainly women through sport and education.

Access to Inspiration podcasts enable you to gain inspiration from people who may be ‘unalike’ you. Whilst they may be from different countries, cultures, backgrounds, jobs, and have other hobbies and interests to you, they share many things in common with all of us – energy, enthusiasm and passion. They have found ways to achieve more than they imagined was possible.